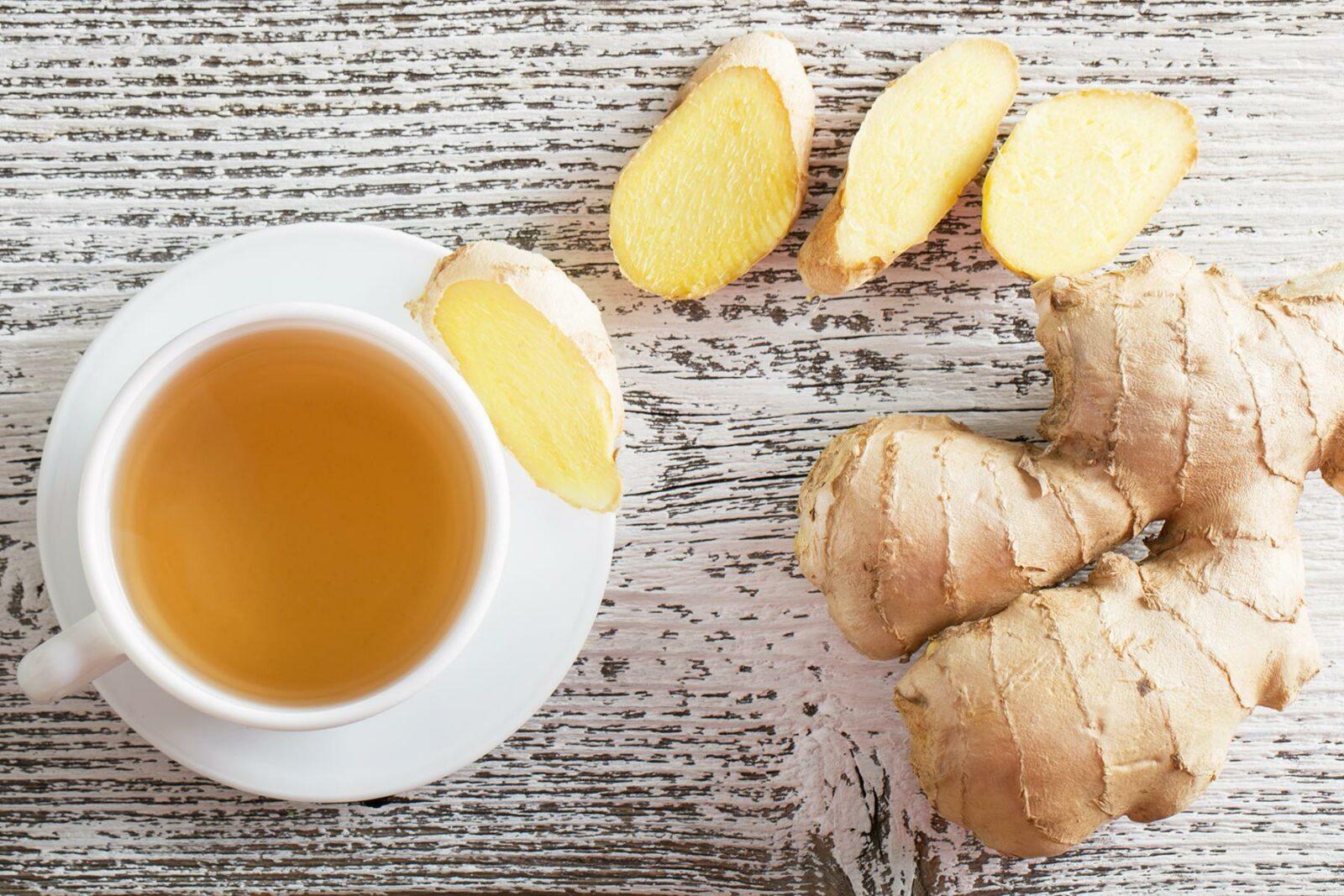 How to Master Your Motion Sickness While Traveling

How to enjoy the journey.
Do you suffer from motion sickness while traveling? Motion sickness can manifest in a variety of ways–and the symptoms you suffer might change depending on the mode of transport you’re taking. Whether you struggle with nausea on boats, headaches while flying, or a general sense of queasiness whenever you’re aboard a motorized vehicle, these tips will help you manage the symptoms and feel better so you can enjoy the journey as well as the destination.
If you’ve ever e... 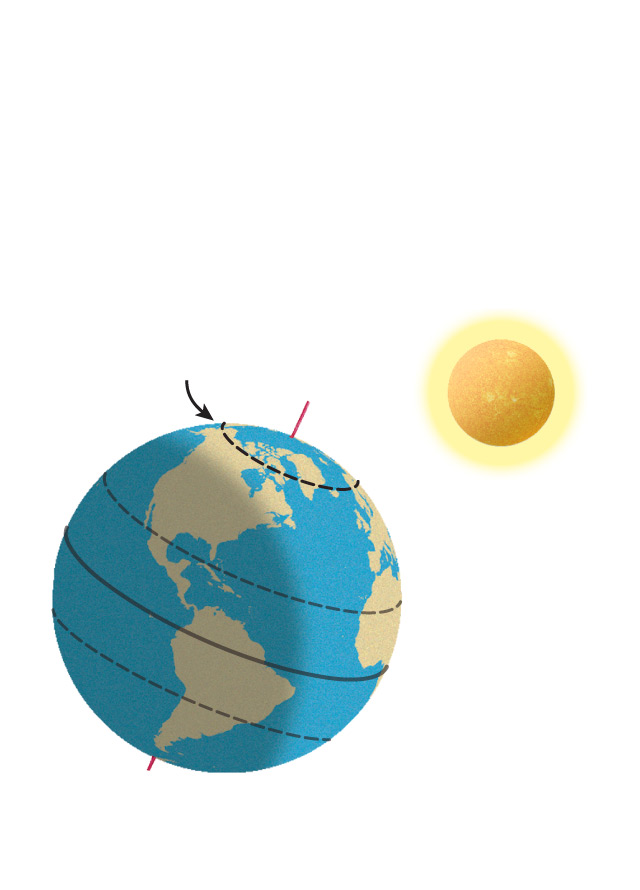 Magical places to experience the midnight sun this summer

As our planet makes its annual circuit around the sun, parts of the globe experience dramatic seasonal swings thanks to the tilt of Earth’s axis. Between April and September, the northern hemisphere is tipped toward the sun, resulting in longer days and warmer weather. Destinations near and north of the Arctic Circle experience an astronomical phenomenon: the midnight sun.
In addition to picture-perfect views and lingering sunsets, visitors can enjoy late-night hikes, wildlife watching tours,... 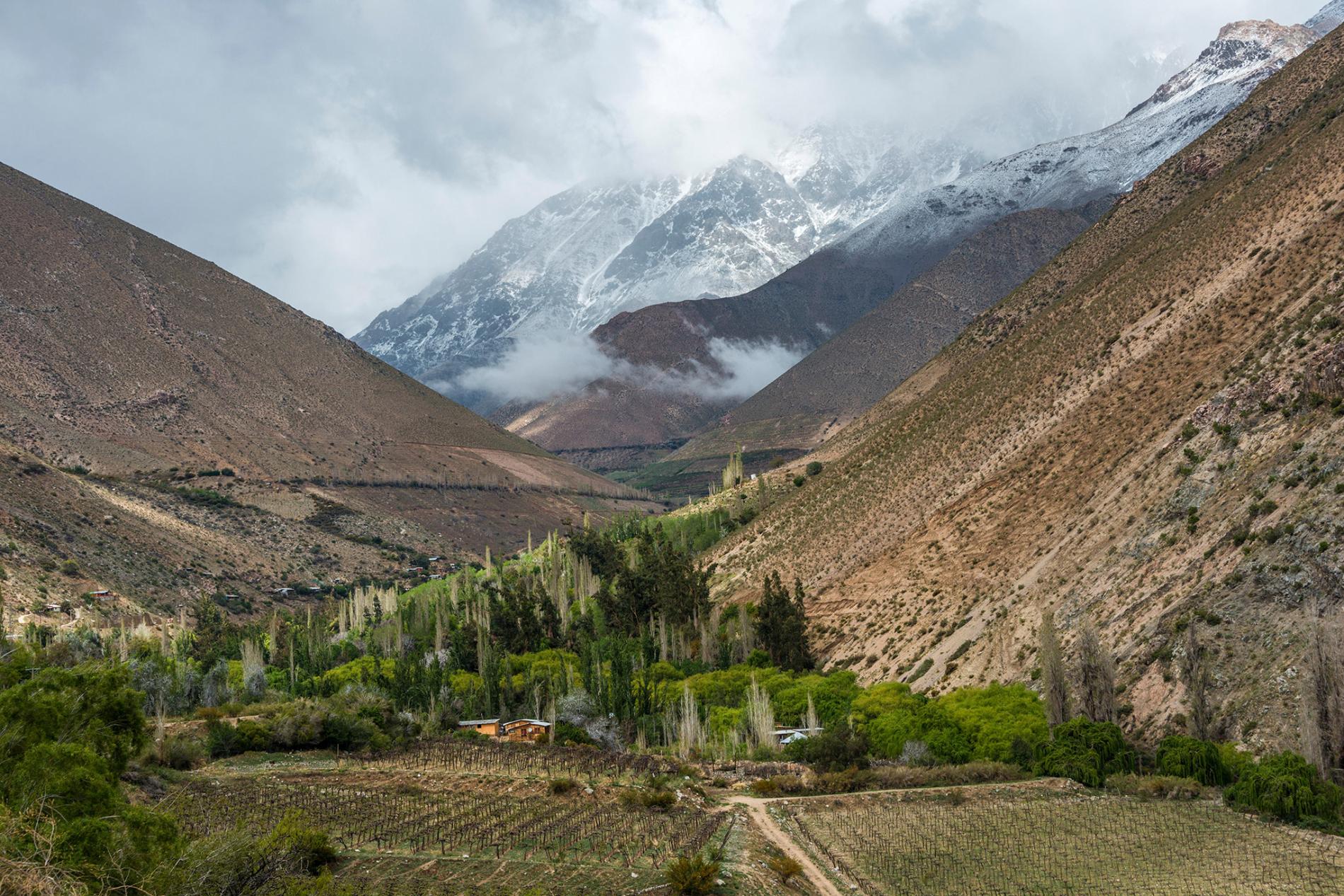 A solar eclipse is coming this summer. Here’s where to see it.

Since North America’s 2017 solar eclipse, interest in the wonders of the sky has skyrocketed. While it’s hard to quantify how many travelers are stargazing in dark sky spots and traveling to see eclipses, “astrotourism” (traveling for astronomical experiences) is one of the top travel trends for 2019.
Among such attractions as meteor showers or the northern lights, solar eclipses hold their own: Here, the moon fully blocks the sun and casts an eerie shadow (or umbra) across our planet. Earth’... 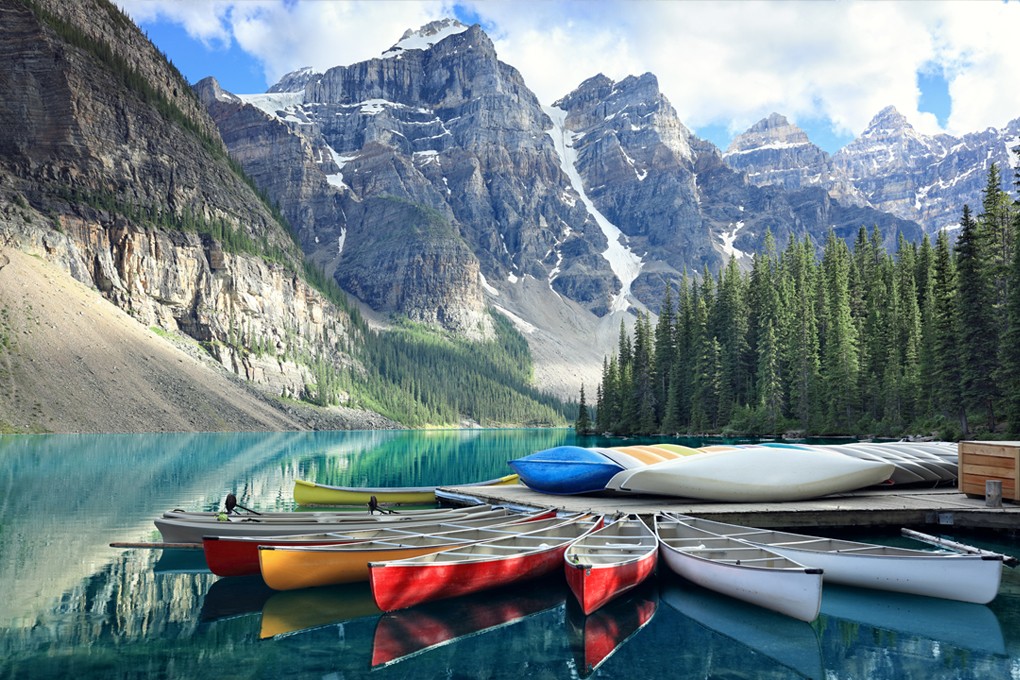 Studded with icy peaks, waterfalls and lush forests teeming with wildlife, Glacier National Park has been making visitors’ jaws drop for more than 100 years. And once you’ve experienced the grandeur of its alpine slopes, the breathtaking views from its hiking trails and the twists and turns of its mountain roads, it’s easy to want to keep checking national parks off your bucket list.
So why not grab your passport and head north to Glacier’s Rocky Mountain sister, Banff National Park, in Canad... 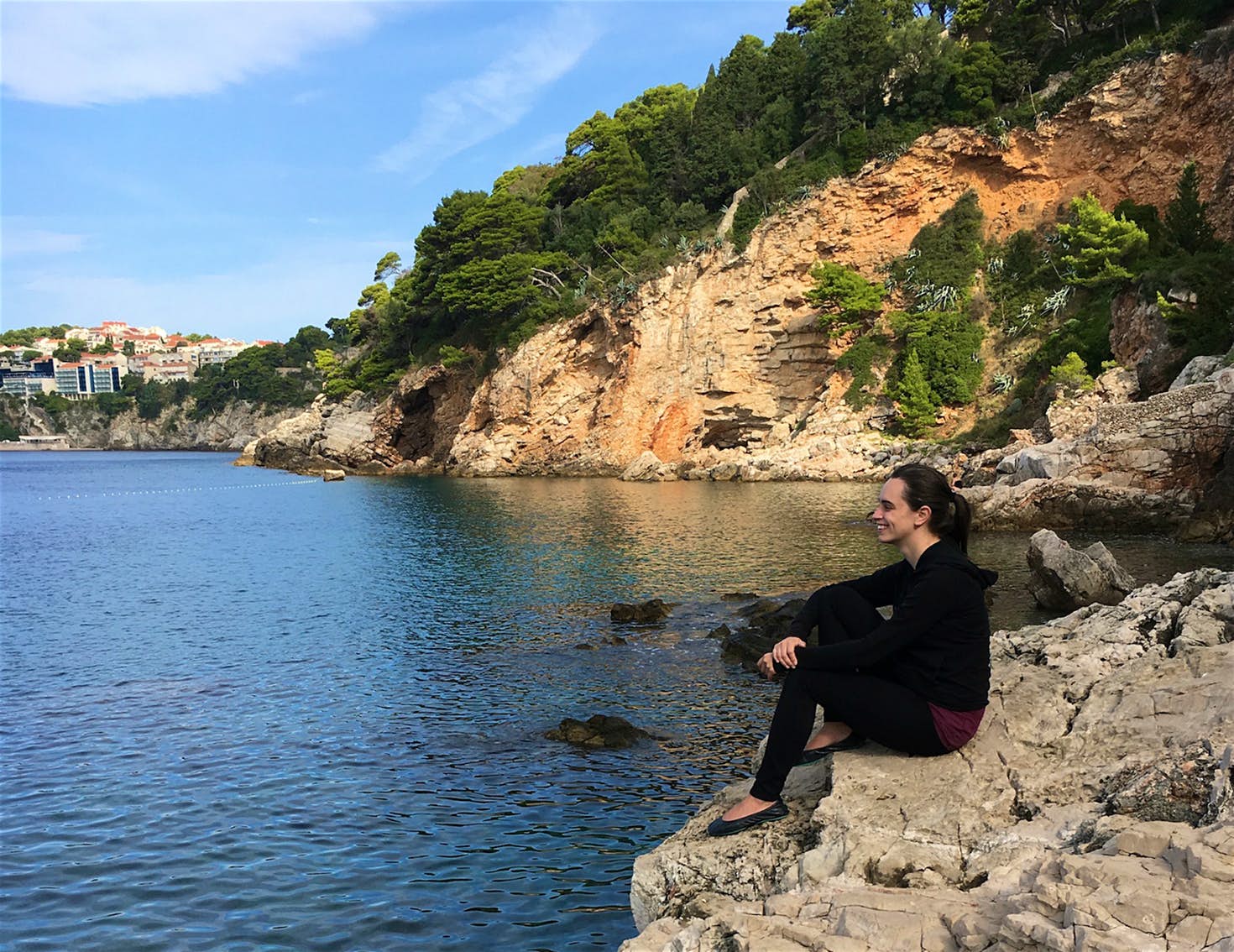 In a world where we’re increasingly virtually connected, we can feel disengaged from our roots. But thanks to developments in genetic testing and accessible historical records, travellers are finding it easier than ever to pack a bag and journey back to their origins, forging stronger connections with people and cultures along the way.
All travellers are curious – it’s what keeps the wanderlust alive. The recent rise in home DNA kits has spurred on explorers to delve into their cultural herit... 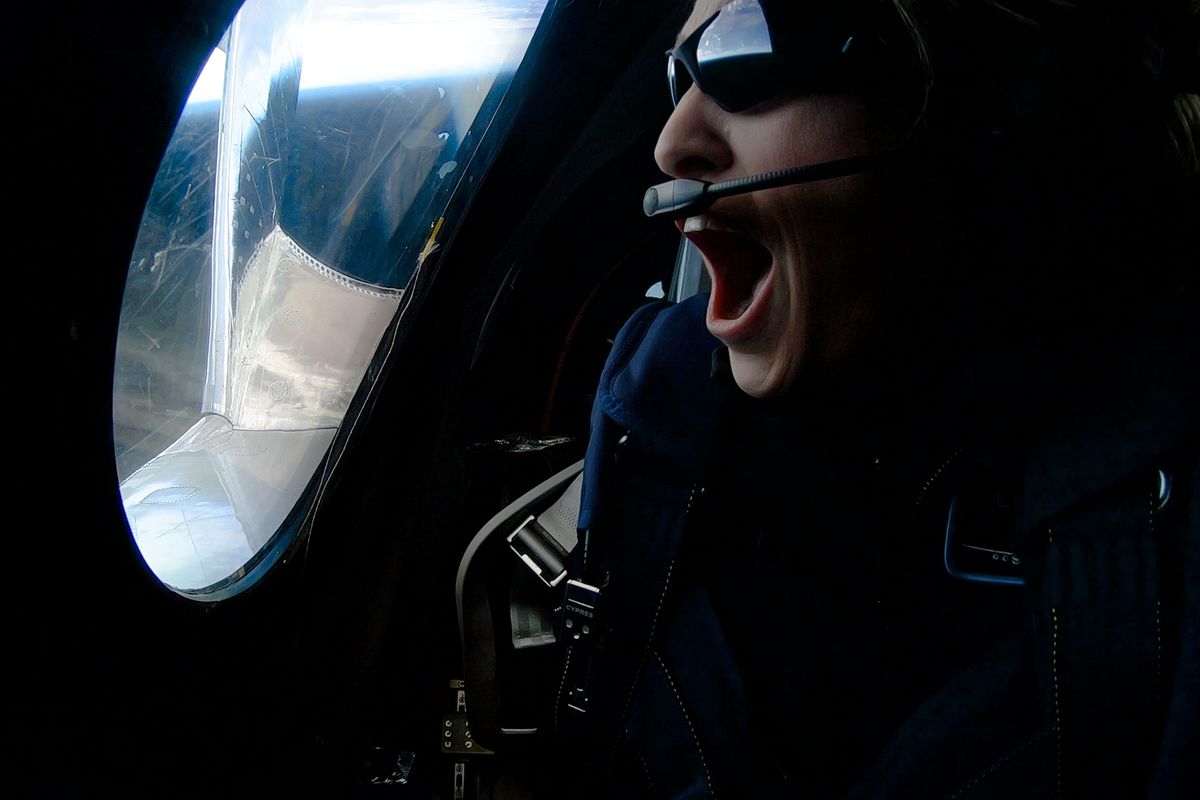 The Globe And Mail

How close are we to sending tourists into space?

On Feb. 22, Virgin Galactic finally accomplished a long-awaited business goal – and took the first step toward creating a real space-tourism industry. Beth Moses, Virgin Galactic’s chief astronaut instructor, became the first non-pilot passenger aboard the VSS Unity rocket-powered spaceplane as it made its way to nearly 90 kilometres above the Earth.
“It was so black in space and so clear and bright, especially with snow on the mountains. You could see the Pacific Ocean; see the Southwestern ... 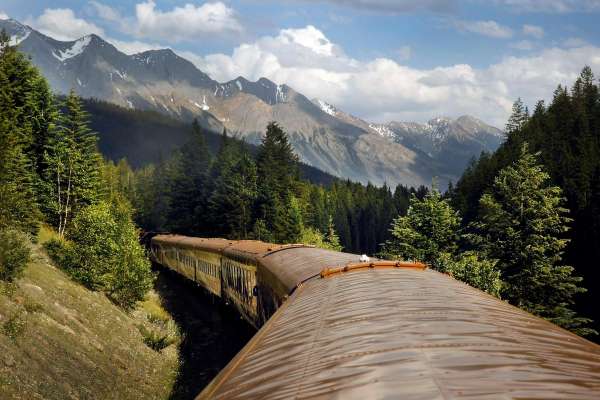 The joy of seeing Canada by train

For more stories like this, check out The Chronicle’s weekly Travel newsletter! Sign up here.
The grumpy gentleman across the aisle decided he’d rather make this journey by car, but it was a little late for that. We were three hours east of Vancouver in British Columbia’s fertile Frasier Valley, on the first of a two-day narrated train tour. In total, our train will journey the 594-mile route to Banff, a town in Canada’s Rocky Mountains surrounded by some of the range’s most iconic peaks.
Run... 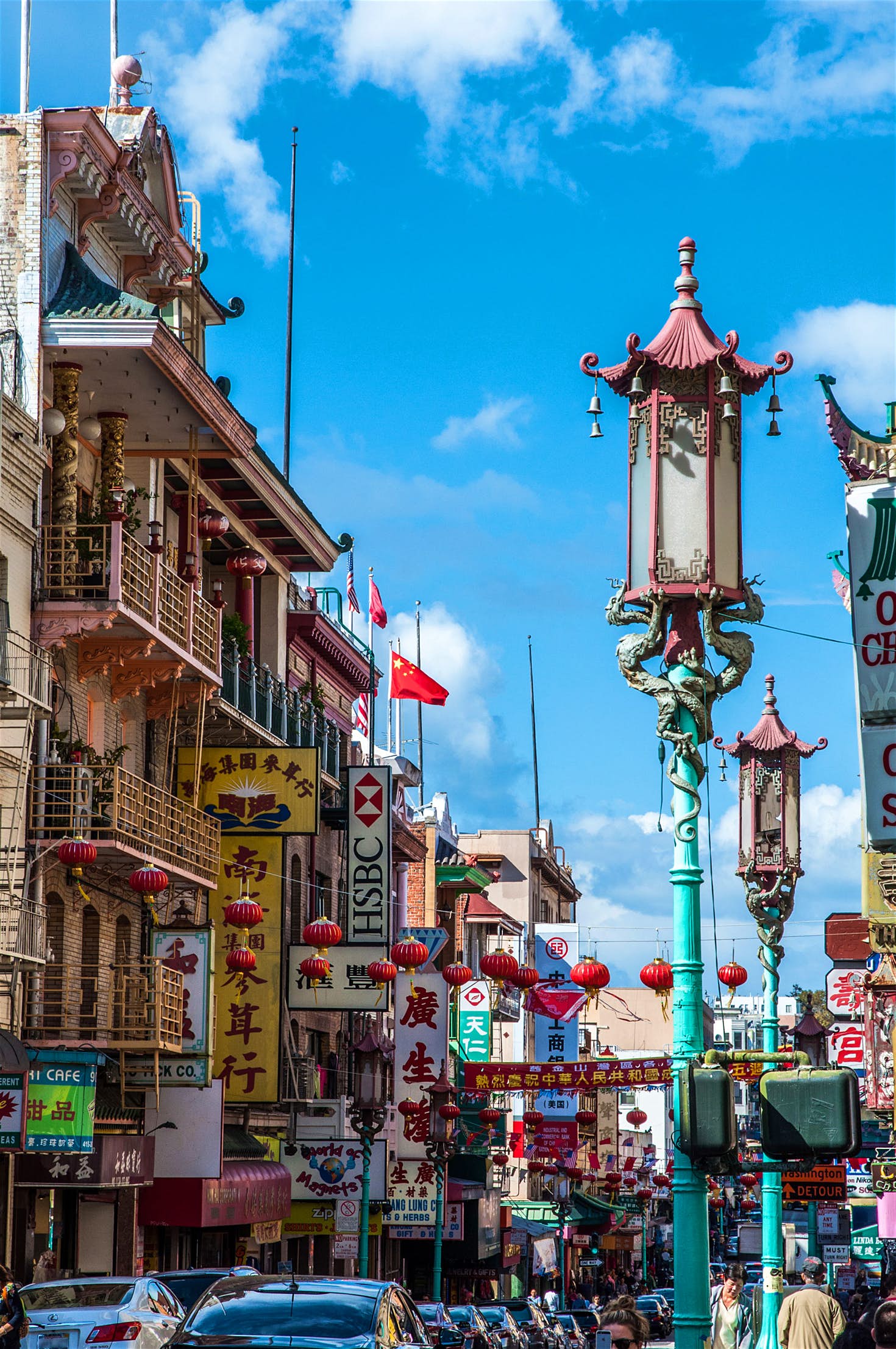 Maybe it’s the gold dust, or maybe it's the glitter but there is something magical on San Francisco’s streets. One of the most visited cities in the US, the city by the bay has 242 years of history packed into its 49 square miles. From the gold rush to the summer of love and on through the tech boom punctuated with earthquakes and fires in between, it is a city that consistently reinvents itself, but nonetheless remains true to that which makes it one of the world’s most dynamic metropolis’.
... 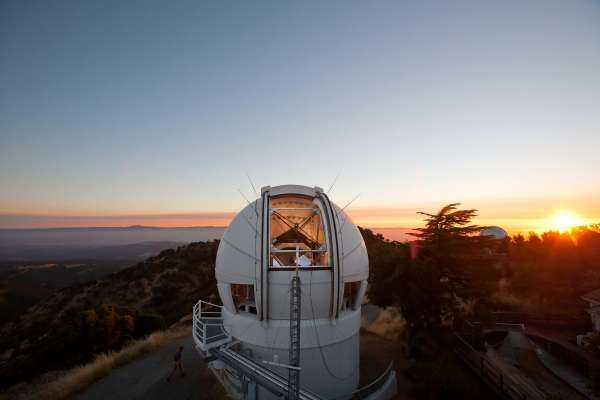 For more stories like this, check out The Chronicle’s weekly Travel newsletter! Sign up here.
In the spring of 1843, George Madeira gazed up and saw the bright body and hazy tail of a comet streaking across the night sky. The sight sparked an interest in astronomy that would carry him throughout his life, and ultimately set in motion a chain of events that led to the construction of the world’s largest telescope, atop Mount Hamilton in the Diablo Range just east of San Jose.
Madeira’s adventu... 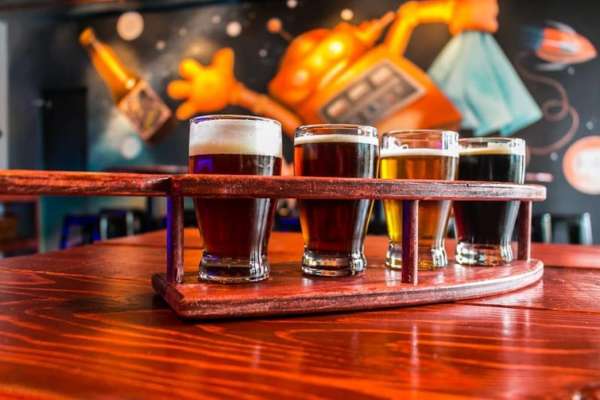 Geek out on outer space at these 5 spots in L.A.

For more stories like this, check out The Chronicle’s weekly Travel newsletter. Sign up here.
Los Angeles may be the City of Stars, but it’s almost impossible to see real ones overhead. To most people here, stargazing means a stroll along Hollywood Boulevard.
A lack of stargazing opportunities didn’t stop the aerospace industry from putting down roots in the Los Angeles area. It’s home to NASA’s Jet Propulsion Laboratory. You can see the Space Shuttle Endeavour at the California Science Cente... 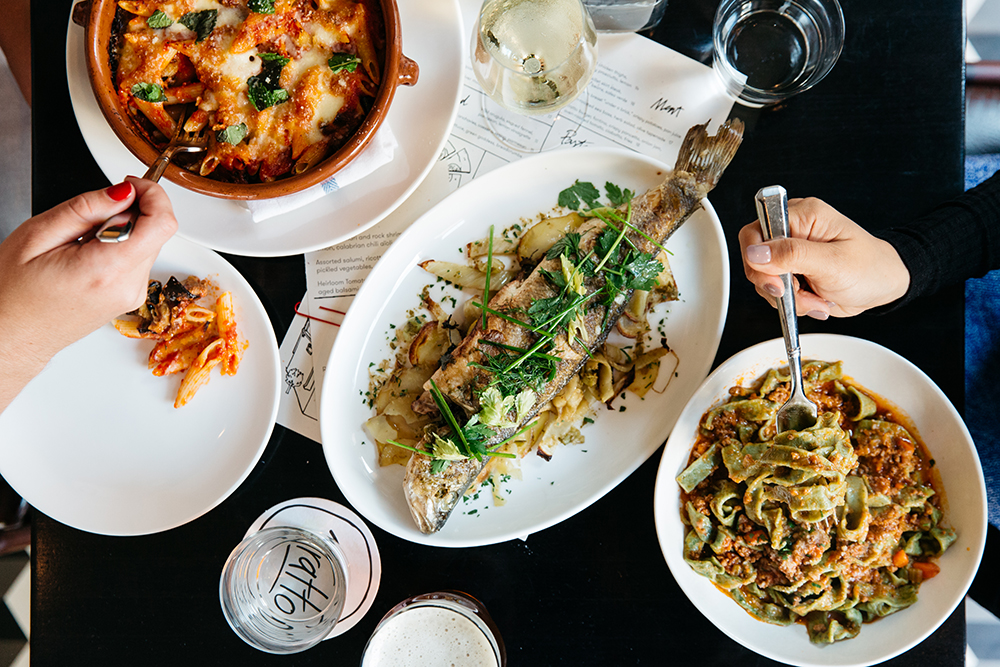 The Feast of the Seven Fishes: West Coast

San Francisco’s restaurant scene is known for three main types of cuisine: California, fusion, or both. Local and sustainable ingredients are routinely showcased; it’s common to find names of farms and vineyards featured alongside menu items. Special occasions and pop-up dining events are often an excuse to feature ingredients not otherwise available on the menu.
During the holiday seaso... 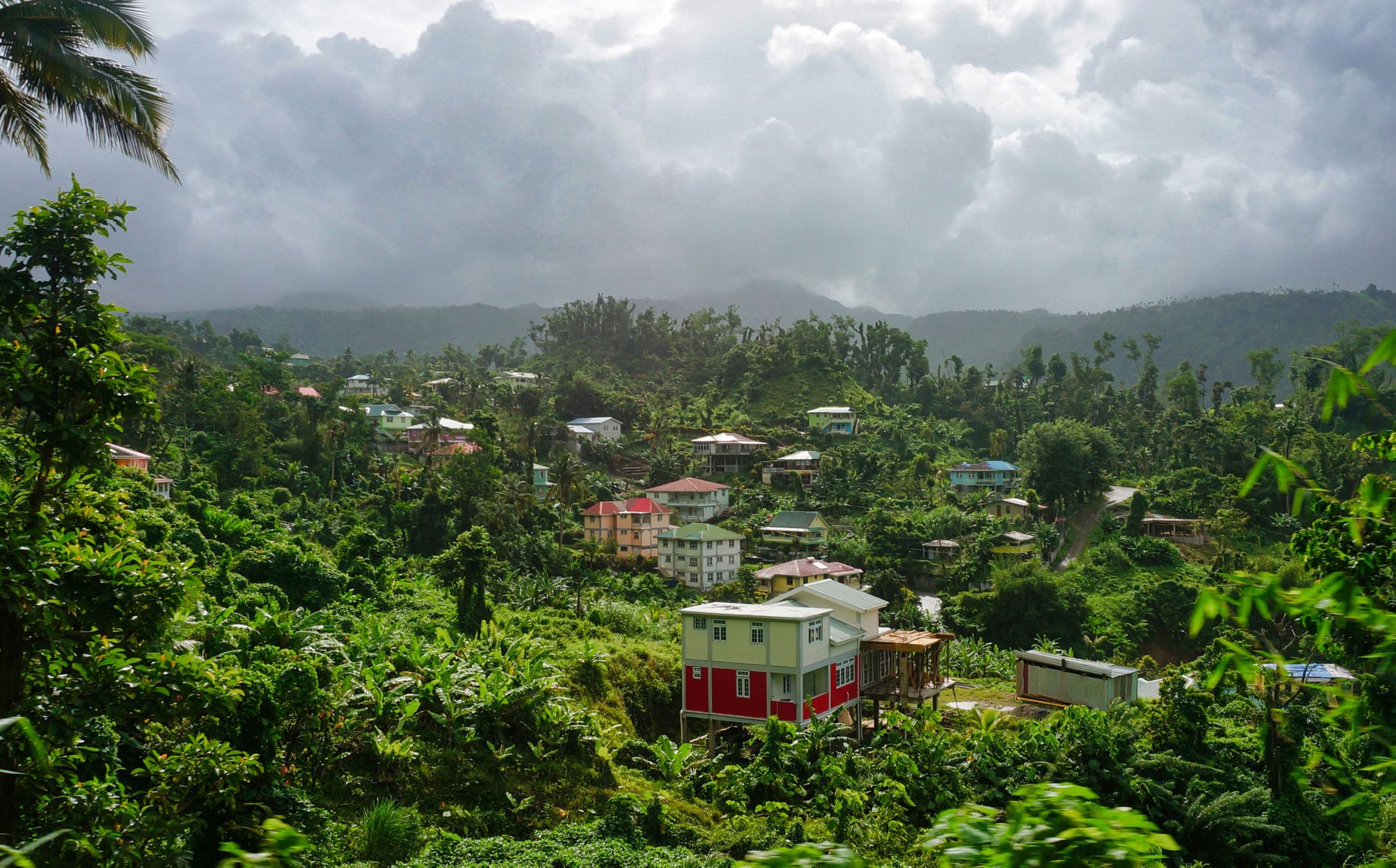 The Globe And Mail

Why overlooked Dominica is a must for sun-seeking adventure lovers

“It was all brown, every leaf was blown away,” Beno, my driver explains, as our van winds through the lush mountains of Dominica’s Central Forest Reserve from the airport to the capital city of Roseau.
It’s hard to believe him: Outside the windows is a blur of lush jungle. “You can still see the sticks but they are sprouting vigorously,” he continues. Looking closer, I do see the stocky trunks all topped with an eruption of green leaves. Foliage also carpets the gro... 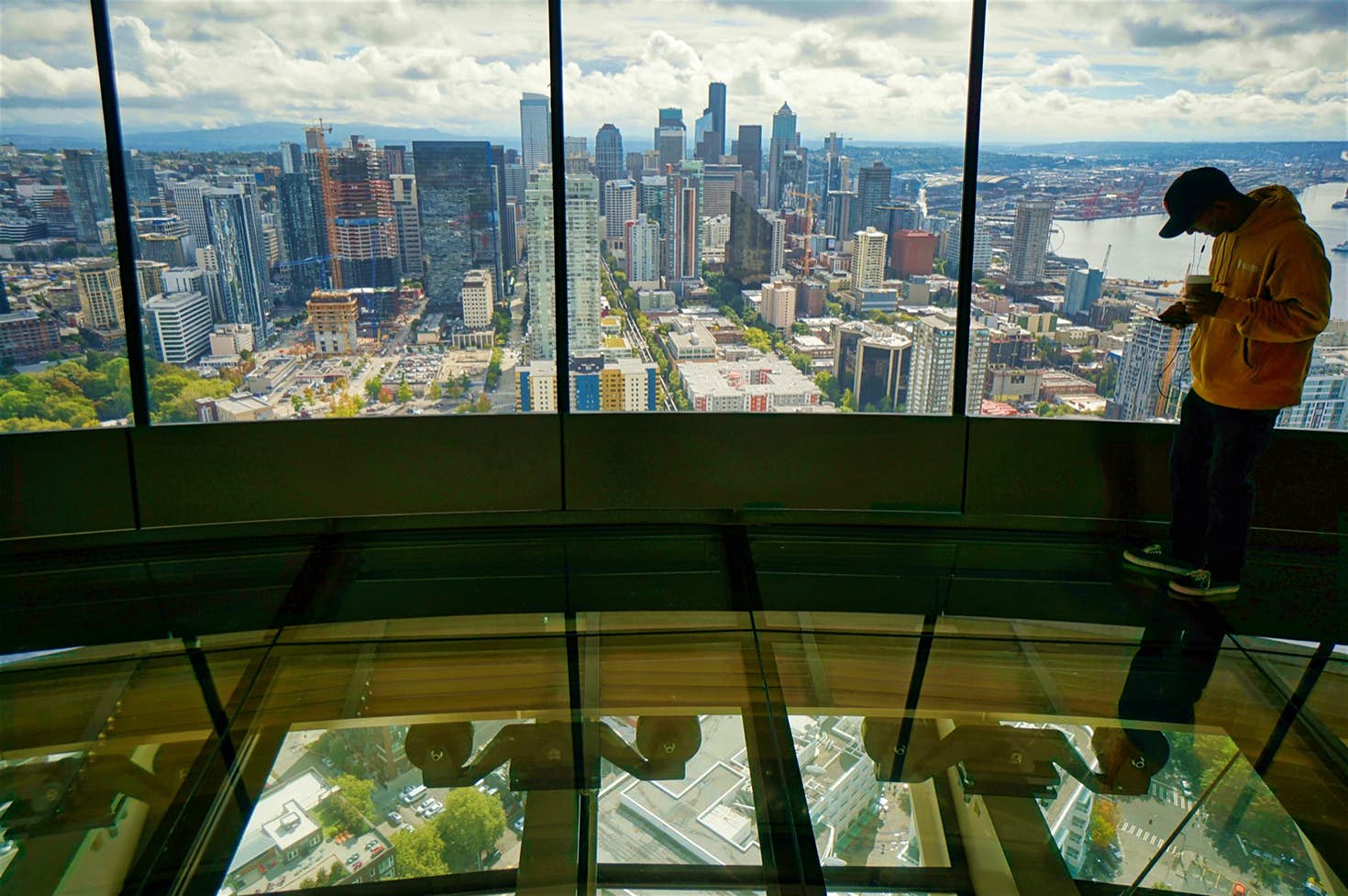 The Space Needle: Seattle icon of the past, future

Before Amazon changed the world of online shopping, before Kurt Cobain ushered in the era of grunge rock, and even before Starbucks poured its first cup of coffee, the Space Needle was an iconic symbol of Seattle. And while many events have changed the culture and skyline of Seattle in the ensuing five decades, the Space Needle has remained a constant fixture.
Now, with the completion of a two-year, $100 million renovation dubbed the ‘Spacelift’ transforming the landmark, visitors to the Spac... 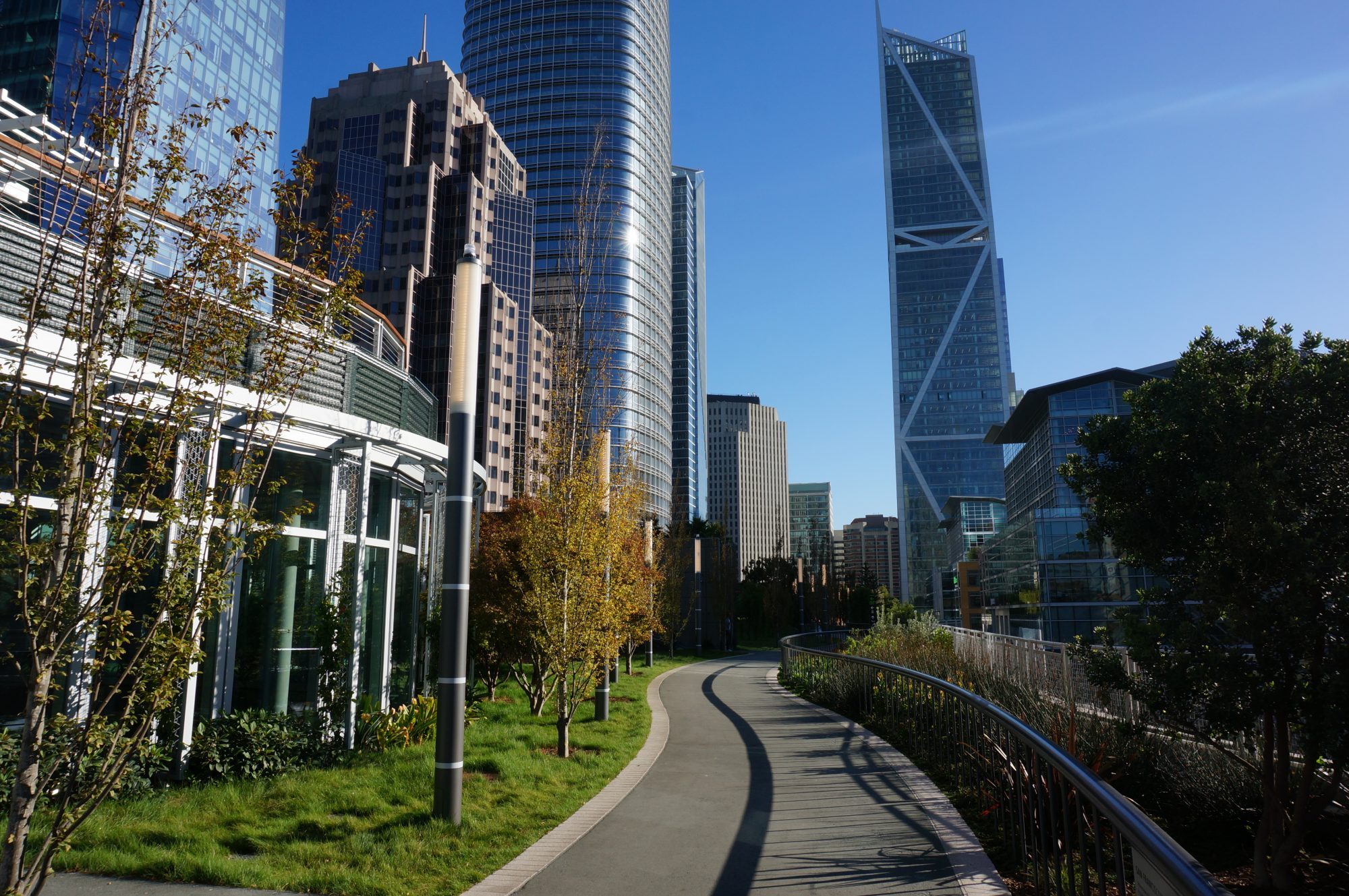 San Francisco is creating its own 'High Line' to rival NYC

As cities across the globe grow up and sprawl out, it’s no surprise that urban parks are on the rise. Following the popularity of New York City’s High Line, cities including Seoul, Miami, and London have all opened green spaces that take advantage of surplus area above (or below) each developing city.
Now, add San Francisco to that list of cities. Since it opened in mid-August, the park atop Salesforce Transit Center has quickly become a popular spot for visitors to downtown San Francisco and... 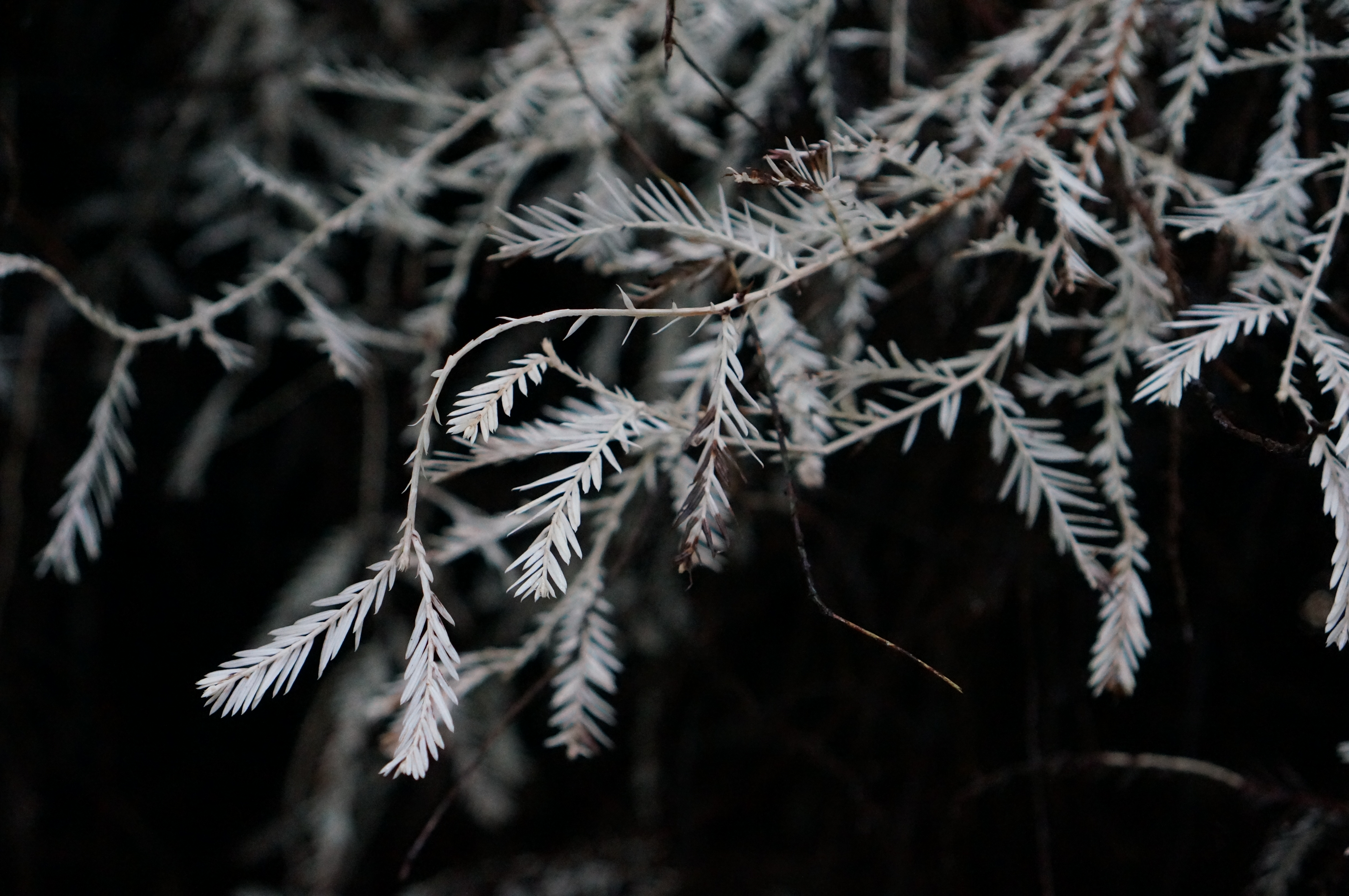 The Ghosts of the Redwood Coast

It’s cool and dark between the trees. The air is pungent with the scent of damp earth and tree bark. There are no chirping birds, no bugs buzzing, and no hint of wind rustling leaves. The daylight streams through in weak beams, fighting its way to the forest floor past sprawling branches and behemoth trunks. In the redwoods, it’s always dawn or dusk, no matter the time of day.
Each year, millions of tourists flock to protected coastal redwood forests like Muir Woods National Monument and Redw...